Now I’m an editor for ZooKeys!

It’s one of my favorite journals because of it’s rapid publication, open access and ease of publishing. I hope that I do a good job! 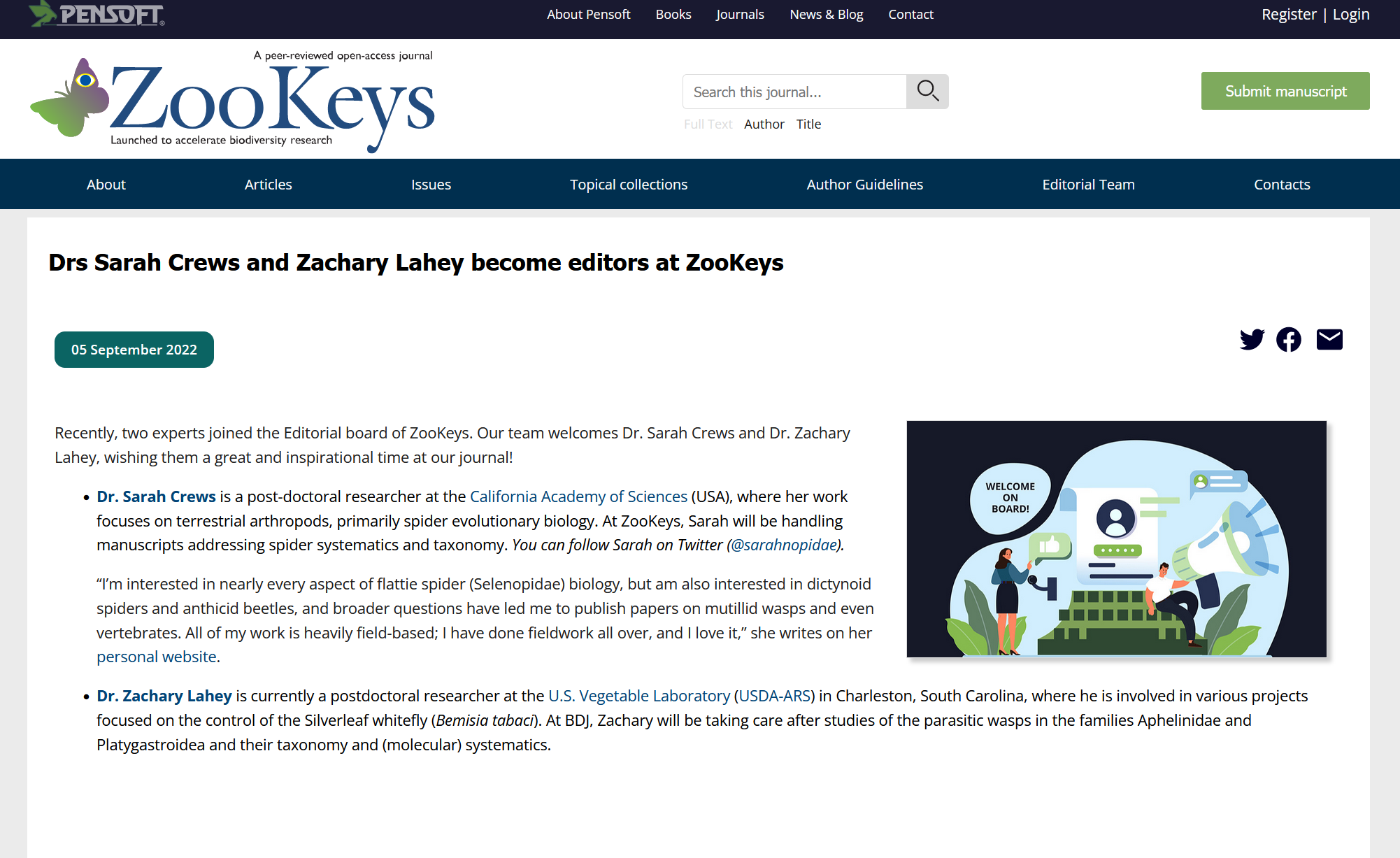 This trip was part of the California Academy of Sciences Islands Initiative. We have done a few visits, and Lauren and I both have done work on these islands in the past for our PhDs. There is a selenopid species, Selenops souliga, that is only found on Saba, SM, St. Bart’s and Anguilla. We have begun surveying a part of the island for arachnids. Hopefully the results of what we have so far will be published soon. There are quite a few species, a few introduced, a few widespread in the Caribbean, and some endemic and undescribed species. We were joined by Jacob Gorneau, an MSc student at CAS/SFSU. Jacob is great and collection and identification. His MSc project is part of the dictynids ‘n’ friends  grant mentioned below. He is using NGS to determine the relationships of the marronoids.

Field Trip to SE US to Collect Lathys March 2022

Lathys is a strange dictynid and may not be a dictynid at all! First we have to figure out what a dictynid is…Our SFSU/CAS MSc student Katherine Montana is conducting morphological and molecular work on Lathys. These spiders occur worldwide, but most are very tiny and cryptic and little is known about them. The ones in the Southeastern US can be very difficult to differentiate. We only managed to collect 1 by hand, and the rest via a Winkler funnel. We primarily collected L. maculina, a few L. immaculata (which basically look exactly like L. maculina but are paler), and one L. delicatula – which is very far from it’s known range. There are many species and some are rare and difficult to obtain. We are relying on our many colleauges around the world to provide us with fresh specimens…so if you have any well-preserved Lathys hanging around…get in touch!

We Got Franklyn! February 2022

The grant below allowed us to hire Franklyn Cala-Riquelme for a post-doctoral appointment. He is an expert in Salticidae, and now an expert in Dictynidae!

SSI was great as usual. My amazing intern, Ryan Arnott, came from UT Austin to work on a project I’ve wanted to conquer since about 2006. In the SW US, there are three selenopids with overlapping ranges, and in two of the species, the types of the Ms and Fs were not collected together. There is an exorbitant amount of variation in the genitalia. Ryan did the molecular work and the ecological niche modeling and is waiting for me to finish the morphometrics. So far, there are 3 clades…but they don’t seem to correspond to each “species”. Fingers crossed that once we’ve thrown all the analyses we can at it that we can come up with something. You should check out Ryan’s IG accounts! Not only is he a good scientist…he’s also a good artist.  @arnott.aretoo and @artnottart 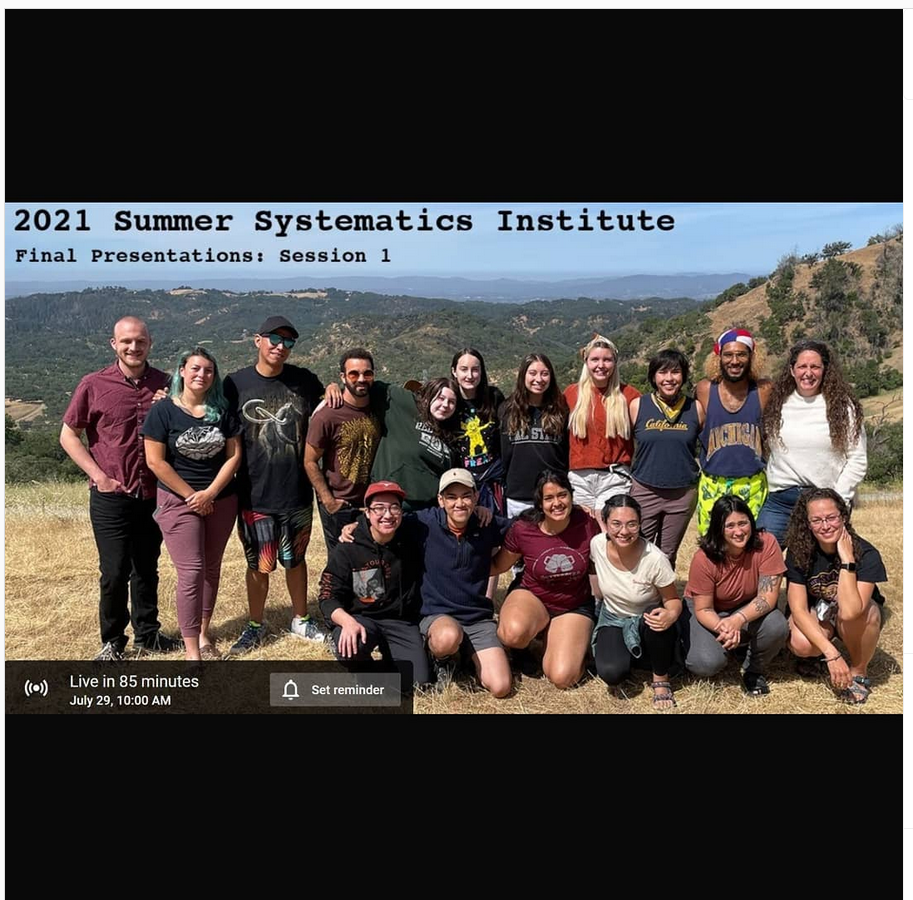 I gave my first virtual talk. With a jackhammer in the background the entire time! Shockingly, it’s about selenopids.

The National Science Foundation graciously funded our project on Dictynidae ‘n’ friends: ARTS: Taxonomy and Molecular Systematics of Mesh Web Spiders (Araneae: Dictynidae)! One part of the broad project is to determine the relationships of the “marronoid” clade (see Wheeler et al. 2018). This is a really large project with colleagues from 18 countries! This project was inspired by the previously mentioned study, our paper below – The Life Aquatic With Spiders, and Pekka Lehtinen’s prescient publication from 1967: Classification of the cribellate spiders and some allied families, with notes on the evolution of the suborder Araneomorpha. Annales Zoologici Fennici. 4: 199–468.

Here we use probabilistic inference to test a number of models influencing the biogeography of terrestrial arthropods in the Caribbean.

I know it seems like I never publish anything and am just resting on my laurels, drinking mai tais and pondering selenopids. Alas, that isn’t true, and I’m usually working on some ginormous project (and 50 smaller ones). This giant project is brought to you by dictynids and friends (selenopid is still mentioned at least once in the paper) and looks at repeated evolution of aquatic living. Maybe it’s obvious to some people, but I’ve worked on spiders for 20 years (I’m old as) and didn’t know that there are diving tarantulas! We show that living in or near water has evolved multiple times in Dictynidae and indeed across the entire spider tree of life, and that ultimately a lot of work needs to be devoted to this diverse family to unravel their evolutionary history and examine their interesting characteristics in an evolutionary context (sociality, kleptoparasitism, ability to live in extreme environments, etc).

In May I was lucky enough to make a last minute trip to Queensland with botanists Manuel Luján of the California Academy of Sciences and Patrick Griffith of the Montgomery Botanical Center in Florida. Botanists? Well, I’ll never pass up a trip to uncharted selenopid lands–or even charted selenopid lands. It was a great trip where I collected even more new species of selenopids and collected species from the type locality of Bowen…which is a good thing because the type was described from a juvenile. As an added bonus I got to see my old friend Matt Brandley and spend several days with him cruising around cold, cold QLD (they were having some kind of cold snap – didn’t seem to hurt the collecting). As usual, I would find selenopids at places I thought I wouldn’t and not find them at places where I was sure I would. Doesn’t mean they aren’t there – they even elude me sometimes. A few steps closer to fulfilling my dream of visiting every rock pile in Australia! For more photos, go here.

William Paterson University undergraduate Karisa Quimby presented her work in collaboration with me and Joe Spagna at the Undergraduate Science Symposium. The research is on compensation for leg loss during rotating strike maneuvers of the Australian flattie spider, Karaops. Karisa continues this work and will eventually share her supercool findings in a publication.

Be sure to check out the new issue of the Australasian Arachnological Society Newsletter where I write about my 2016 50-day, 15000 km field trip!

Alireza and I have a paper about flatties in the Middle East in the January issue of Zoology in the Middle East. We re-describe Selenops oculatus, a huge-eyed selenopid from Yemen, last collected in the early 19th c. and probably won’t be collected anytime soon due to the proxy war. We also described a new species collected by Octavius Pickard-Cambridge along the Nile; which we name after cats…because we like cats! Special thanks to Jan Beccaloni of the British Museum and Zoe Simons of the Oxford Museum as well as Vlada Hula for providing us with important material that allowed us to produce the paper.

I also described some new species from the Domincan Republic, bringing the number of endemic selenopids on Hispaniola to 13, surpassing Cuba, with 11. This was published in Zootaxa earlier this year.

Benji and I were on TV! I have never watched it and cringe at the thought. Benji and I dressed alike (his fault), and his mom said we were nerds. He said he watched it but was in a fugue state the entire time. You can watch it here: https://www.discovery.ca/Shows/Daily-Planet/video?vid=1400321

I hope you like it, but please never mention it to me.

Also, the show, which was on for 20 years, was cancelled soon after. Hopefully just a coincidence. 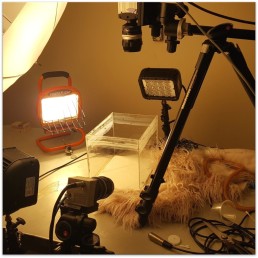 Selenopid in the hot seat.

In May, I went to visit Yuri Marusik and Alireza Zamani in Turku, Finland so we could talk about dictynids and selenopids in the Middle East, respectively. It was early May and the European Viper should have been coming out of hibernation around that time; however, the weather became colder and rainier than usual for that time of year and, alas, I did not see any. The Zoological Museum at the University is very nice. And it was nice to  meet the amazing arachno-legends Pekka Lehtinen and Seppo Koponen. I also made new friends: Anton Nadolny and Anne-Sarah Ganske. I also got to participate (have anxiety in a huge crowd, freeze, and drink champagne) for Vappu. Extra special thanks to Yuri for inviting me! It was a great, productive time. And I found new species of selenopids in the collection…of course!

Erin Brandt let me join her on a field trip to help collect jumping spiders for her research…and of course allowed me to collect selenopids. Erin is a member of the Elias Lab at UC Berkeley where she works on jumping spider behavior and physiology.

I was fortunate enough to be sent by my supervisor Dr. Lauren Esposito to Colombia to work in the lab and conduct fieldwork with Dr. Eduardo Florez and students at the National University of Colombia, Bogotá. We did the most of our work in Lloró, Chocó. I got to see old friends, like Franklyn Cala-Riquelme with whom I’ve spent time with in Jamaica doing fieldwork and writing papers, William Galvis with whom I’ve worked on a few projects concerning selenopids (of course!) in Colombia as well as a paper on spiders of the ABC Islands published in the Journal of Caribbean Science, and Valentina Muñoz Charry, who I am also working with on a selenopid project (go figure!).

A few pictures are posted below, but to see more images from this trip, click here.

Research I worked on with colleague Yu Zeng from UC Merced was published in the Journal of Experimental Biology. This paper has received a lot of media attention due to the cool videos, but the research is also cool and has practical applications for bioinspired robotics. First, these spiders are one of the only animals that strikes from any direction (most animals strike in 1 or 2 directions only). Second, they can turn to strike faster than any animal on earth. Finally, the biomechanics behind the strikes has prompted me to examine additional avenues of research to answer questions about how other members of the same family strike, how other flat spiders that aren’t closely related strike their prey, how the animals see, whether they are using their large PLEs, and the neuromechanics of the strikes.

In August, I did some collecting of Salt Flat Antlike Flower Beetles, Tanarthrus, collecting several species at Carson Sink, Nevada and Utah, including T. salicola shown below. Five species have been found at Carson Sink where they are easily collected using a UV light. These specimens will eventually be used for research I do on salt flats. You can see more photos from this trip here.

We also met up with my sister, her husband, and my nieces in Idaho to watch the eclipse.